December rainfall delivered an average of 1.44 inches across the District. This is about 1 inch short of the historical December average of 2.4 inches. While any rain is good rain in a drought, December yielded little aquifer recharge. Any benefit for surface vegetation was unfortunately counteracted by the late-December arctic outbreak which dropped temperatures as low as 10 degrees Fahrenheit in some parts of the Hill Country.

The Hill Country ended 2022 with cumulative rainfall of about 13 inches below the normal 34 inches (figure 1). According to data from the National Weather Service published in the Austin American Statesman, this makes 2022 the region’s driest year since the drought-plagued and heat-record-setting year of 2011, with 68 days of triple-digit temperatures (Statesman). Because of this, aquifer levels and spring flow in the Edwards and Trinity have received little help and drought conditions continue to worsen. 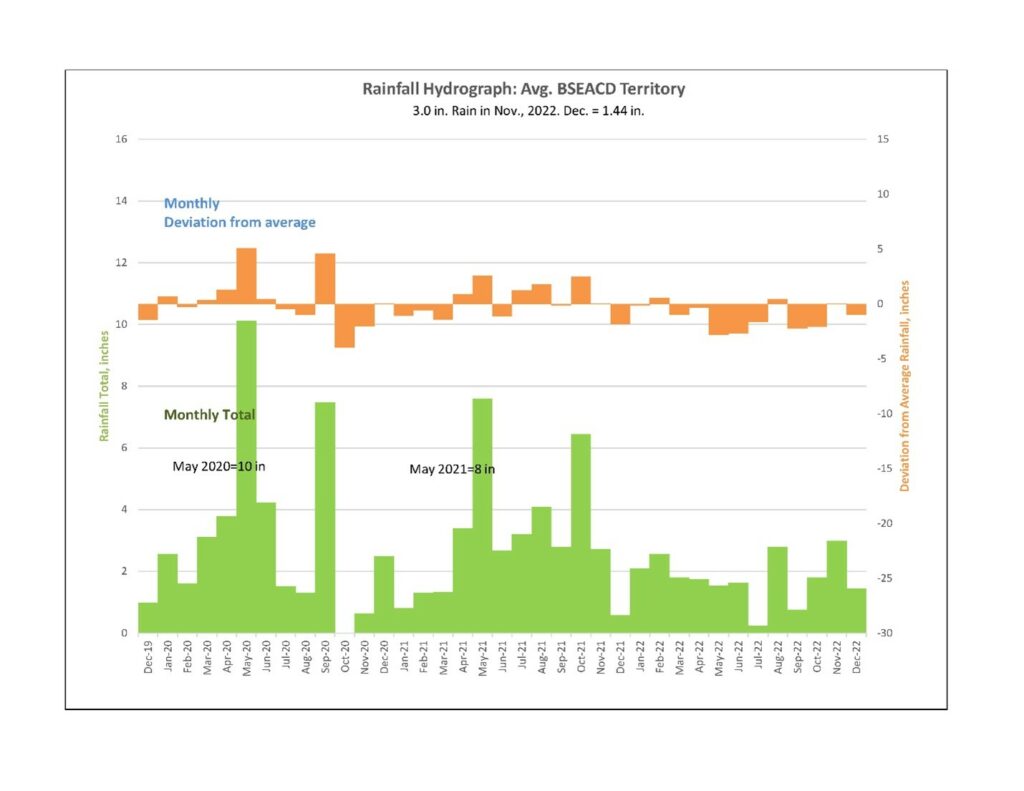 On January 3, the Lovelady well had a level of 461.0 ft msl, 1.7 ft below the trigger level for Critical drought (Stage III) and about 4 ft above Stage IV Exceptional drought (figure 2). Lovelady crossed under the Stage II trigger on May 26 and under Stage III on October 17. 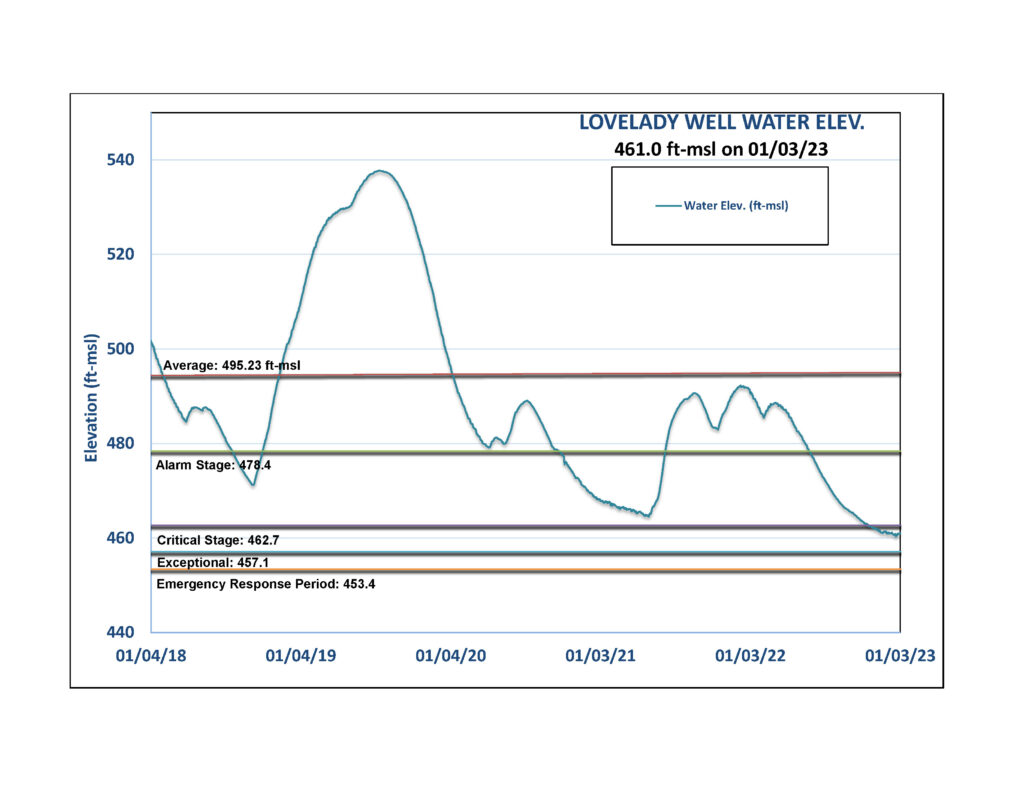 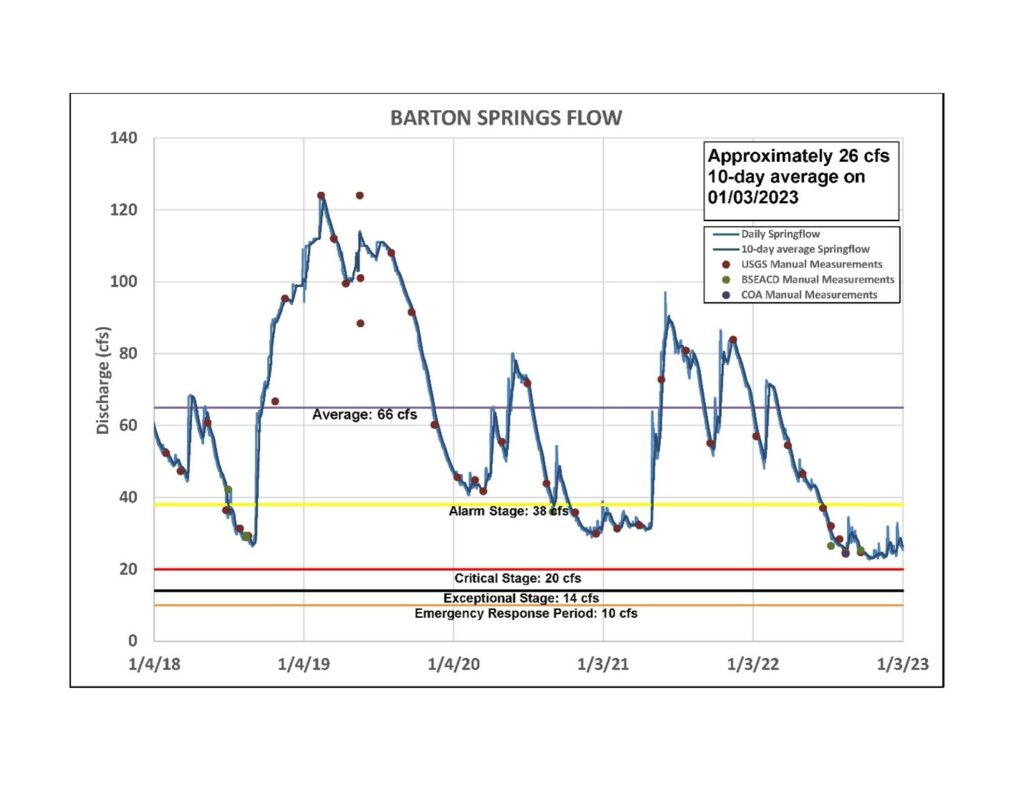 The Austin/Hill Country area has received below annual average rainfall in 2022 in part due to ongoing La Niña conditions (declared by NOAA on 10/14/21). Climate scientists forecast these below-average rainfall and above-average heat conditions to continue into the winter and a dry spring 2023. It’s not until February that we could return to neutral conditions (neither La Niña or El Niño).

With current conditions in mind, let’s begin 2023 with a renewed “resolution” to conserve water and amp up our resilience through this significant period of Central Texas drought.

Summaries of new posts are automatically emailed to you when you Subscribe.